Heather has played or been involved in soccer community for 30+ years. She started her career in Phoenix with Sereno SC, played most of her career for Cisco and then finished playing for Santos. She went to Horizon High School where she lettered all 4 years. Heather went on to play at Phoenix Community College where she earned her Associates Degree with Honors. Irwin played a season at ASU then transferred to Belmont Abbey College in North Carolina to finish out her eligibility .

After graduating college, she stayed on and coached for a season at Belmont Abbey College. The last two years in North Carolina, Heather was the assistant coach for ODP for U-14's and U-15 teams. Heather has refereed many years throughout her career as her family was very involved refereeing as she was growing up. Heather joined AZ Revolution now PRFC North Valley in December 2017 and stepped in as the Head Coach for the 2010 Girls and Co-Coach for the 2006 Girls. Her goal is to help educate and develop every player to reach their greatest potential as a soccer player and hopes that some of the lessons taught help the girls outside of soccer too! Her day jobs are in the Digital Marketing space and is a Super Host with Turo. 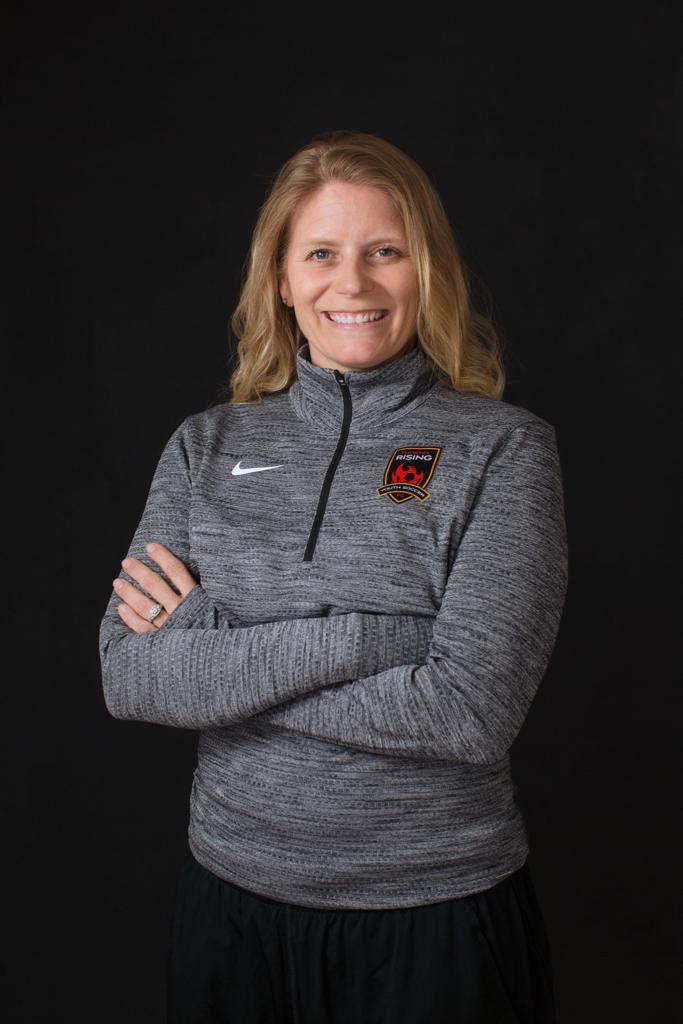